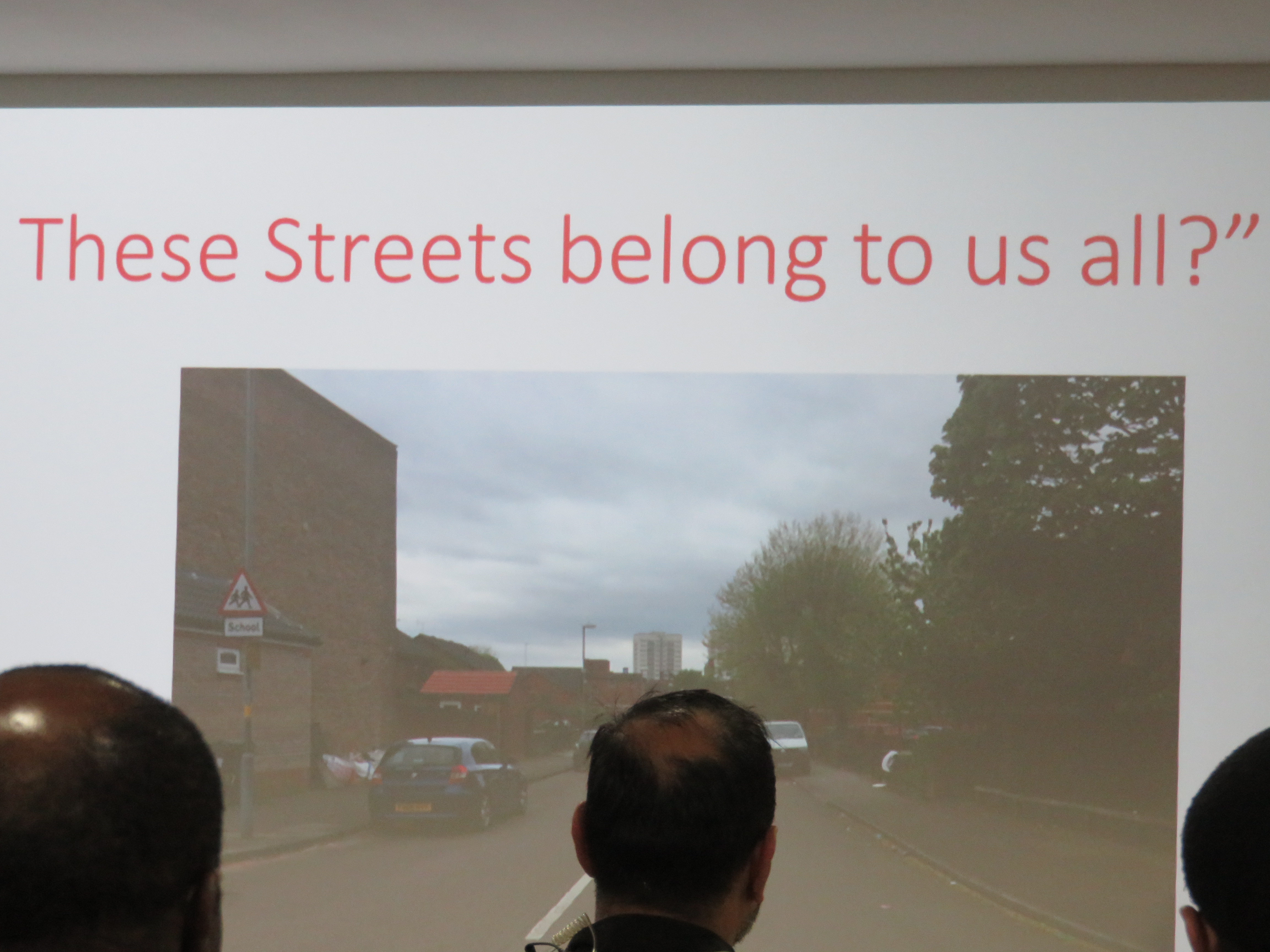 Too often, we separate ourselves into the above. Independent groups co-existing in the same environment. We all strive for change but if we can’t see past our differences, how can we expect to unite under our one, everlasting similarity: community?

Regardless of heritage, age or religion, the need for community cohesion is a joint struggle. This universal lesson was taught last Friday evening during the ‘Safer Streets’ presentation at the As-Suffa Institute in Aston.

Led by community leader Reverend Desmond Jaddoo, his call to action was clear: pump pride and care back into the heart of Birmingham. “We should be there for one another. We are all one at the end of the day – not two, not three: one. We are all neighbours in some way, shape or form”

Jaddoo took his audience through a historical montage of old Aston; highlighting its industrial strengths, community harmony and economic prowess, which made it an appealing area for potential investors.

“We had roughly around 150,000 jobs in the area. We had a Sainsbury’s, a TSB bank…. The investment in the area is not what it used to be”

However, in recent years, the area has seen an increase in anti-social behaviour and a decrease in community spirit. Local parks that once roared with children’s laughter now cradle nothing but rusty swings and the shadow of happier days.

“Why do we fight and raise up the divisions that we have? Why don’t we use them as the foundations to what we have in common. We’re all human beings. We’re all God’s children”

The issue of a cleaner Aston was also raised and rightly so – old furniture and the remains of fast food packaging frequently acquaint street corners. As well as devaluing its beauty, it also increases the number of pests burrowing their ways through the homes of Aston. Despite Birmingham City council’s best efforts, the streets remain cluttered; mimicking the community’s morale. Jaddoo asks an important question to the residents of Aston

But armed with determination and the vision for a united Aston, Jaddoo has teamed up with local support networks such as the West Midlands Police, Calvary Church of God in Christ (COGIC) and the As-Suffa Institute to help heal the community back to its former strength.

Usually (and regrettably), community talks such as this seldom lead to change due to a lack of action. However, the Safer Streets campaign have already developed their first initiative to tackle the littering issue on the streets. On Friday 16th June 2017, COGIC will be leading a community clean up from 6-8pm.

Afterwards, all helpers will be invited for refreshments at the church which will hopefully spurn a cohesive, sociable model for Aston to aspire to.

But the work will not stop there. Jaddoo’s presentation calls upon all who can help: churches. mosques, schools, drop in centres and local MP’s to keep our streets safe. The area is still heavily stigmatised for knife crime and vandalism associated with the 2011 riots. With the resurrection of knife surrender bins placed around the area, 16 knives were handed in. Initiatives such as this have saved lives and will improve the safety and trust in the community. In all, peaceful streets is a right, not a privilege, but it is down to the community to bring safety, cleanliness and cohesion back to life.

“Safer streets is for everyone. It’s not just for the Afro-Caribbean community, or the Hindu, Sikh. Everyone should have access to peace of mind”