Let’s be honest – political parties can be very chaotic at times.

With public debates often centralised to Conservative and Labour, voters can become blinded to other political parties running in the election. We did contact Labour and Conservative but are still awaiting feedback …

Although Aspire4U remains impartial about politics, we want you to have a better understanding of your options before you make a decision. So we interviewed Roger Harmer of the Liberal Democrats and Patrick Cox of the Green Party to give a mini breakdown of their policies regarding community, health and families in the U.K.

After all, Thursday 8th June is just around the corner…

Deputy leader of Liberal Democrats, candidate for Birmingham and Northfield

Will you change your vote to the Lib Dems this year?

Q: What are the current problems affecting our communities?

A: Harmer highlighted two major issues: housing and lack of social housing caused by Right to Buy, and he is also concerned with the elevated number of ‘Hidden Homeless’ people in Birmingham. Homelessness is a problem and is evident in Birmingham

Q: What are the solutions to the problems?

A: “We need to build more social housing and get rid of the subsidy for the Right to Buy. Stable housing helps families stay together. Poor housing has a drastic effect on health such as damp which will contribute to respiratory conditions. It is also important to allow local councils to borrow more at a time of low interest rates. The plan is to move in the right direction and the outcome will be seen over decades”

Deduction: Liberal democrats care about solving the housing crisis because they believe it will have a direct impact on improving health in communities. With a realistic time prediction, Councillor Harmer has set the pace for how long it will take to heal the housing crisis.

Q: What are your party’s ambitions regarding health care? 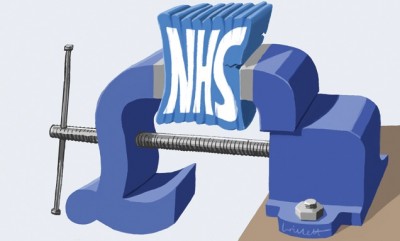 NHS is an important talking point in the 2017 elections, with various political parties.

A: “People don’t get enough prompt, adequate quality of access to mental health services. I wish people could understand when there isn’t enough funding, there tends to be a cut on services that are harder to measure. The media tends to cover the measurable.”

Q: What are the solutions?

A: “We need a 1% increase income tax across the board, which will help services keep up with their ever-growing demand” The amount raised from raising the income tax will also help elderly care services. “The tax increase will raise £6 billion, £2 billion of which will go to Mental Health, £1 billion to adult social care and £3 billion to other NHS services”

Deduction: Only focusing on the things that are measurable – such as waiting list times or quantity of people seen – is no longer a way of showing progress in mental health services. Success in mental health services is more subtle and takes longer to show. The harder to measure things such as quality of care should count just as much. With the 1% tax increase, Harmer predicts we will receive faster health care services and treatment.

Do you think the ‘common good’ is worth your vote on 8th June?

Q: What are the problems that you see in the community?

A: Cox highlighted the social care crisis, which is due to the under funding of health services. The job market is also another issue due to zero-hour contracts causing little job security. Lastly, the housing situation is causing a struggle for many across the region.

“Families want a roof over their head and something affordable. People do manage, but it’s the job of politicians to help people that want to make a difference to have a space they can operate from. It is up to the government to create the context for communities to flourish.”

They also stated the need to establish a connection between physical and mental health services.

Q: What are the solutions to some of the problems mentioned?

A: Cox made clear that a party’s “priority is key” to understanding what issues they will put first. “The Green Party approach is to focus on people and put people at the heart of all solutions. The question we always ask ourselves: is this best for the children? Only then can we make better decisions. We care about redistributing resources to solve problems.” Should more power be given to renters?

In terms of housing, Cox believes we should have better regulation of the renting market, as seen in Germany.

“High rent is rife and control is needed. We would advocate for a renter’s union to help regulate the renting market. It’s different in Europe. Renters can look at their houses as homes. Green party need to support landlords to be responsible. It’s not about bashing landlords because they do provide a service.”

When asked about good housing approaches, Cox said, “there is a project called New Century housing and we also support housing associations and housing cooperatives to develop reasonable solutions for their regions”

On Health and social care, Cox spoke about the way in which contracts for different NHS services are competed for by private companies, saying that the method “takes money away from frontline services. It is better to have the money given to front line services directly. The Green Party are not against private enterprise, but some things need central control, not bogus competition.” Would promise to change public transport earn your vote?

Cox also spoke about Labour’s Nationalisation plans. He said that the Green Party also want to renationalise buses to allow for proper funding of the routes people need. Currently, private companies cut costs by only running busses on routes that make the most profit. Putting busses under government control will, Cox says, allow people to stay connected and reduce isolation. “Birmingham is the only city in Europe with over 1 million people that doesn’t have a mass transit system, such trams and tubes.”

Deduction: Perhaps, unlike other political parties, there is a heavier focus on environmental issues for the Green Party, it is clear their heart lies with the community and family first, making them a party for the people, by the people. Although they agree the problems identified are all valid; their strategies will prioritise the problems in order of importance for the community.

The Green Party Manifesto is expected to be released in the next few weeks.

Q: What is UKIP’s stance on the NHS in regards to physical and mental health?

A: “There is an increasing focus on Mental Health at the moment because the NHS has always focused particularly on curing illness. They haven’t focussed perhaps as much as they should have done, and that’s now been recognised, on mental health. There is an increasing awareness of that so I think that things are going to change. As young people are put under greater and greater pressure that is going to lead to more mental health problems.”

“I think (UKIP) see it at the moment as being something that needs to be managed more through the NHS, as much as through schools – schools have a part to play in recognising it, and that needs the training of teachers, but I don’t think it’s necessarily schools’ job to manage it. But there has to be avenues to stop people getting into cycles of depression and cycles of feeling overwhelmed and leading to all the self-harm and eating disorders. They all need to be, to my mind, recognised earlier and dealt with, and that’s why I would like to see schools recognising it and teachers need to be trained in recognising it. But also, as people are being put under pressure for exams and for education they need to be taught how to handle pressure, as much as being taught how to handle the exam question.” Mindful Me is the latest early intervention in mental health

Rowe also made a comment about the NHS’s open door policy to patients, both UK citizen and foreign.

“The NHS should be used by people who have paid into the NHS – it shouldn’t be free for others from abroad.”

Deduction: UKIP’s view on the NHS comes is primarily to protect the fragility of the service. They (like some of the other political parties) also see helping with mental health issues as a joint venture between the NHS and the school system. This would allow a professional, psychological and educational approach to tackling mental health issues in the UK.

Q: What other problems are affecting families and communities in Birmingham?

A: “Homelessness. I really, really want to see the homelessness gone. In a city like Birmingham, and in London as well, a very wealthy city, you see people on the streets hungry, cold, wet – it is not right. And my view is that if our taxes are going to be used for anything, we should be using our taxes to help our own people. At the moment, this government is borrowing huge amount of money, and giving it to foreign countries as aid. A lot of the foreign countries that it’s giving this money to as foreign aid don’t need that money, don’t want that money. Charity begins at home.”

“I don’t think that the homelessness problem would be solved just by building houses. Certainly there is a housing shortage, but then we’ve got huge numbers of people coming into this city every year, so that’s only going to compound the problem on all of our public services, on the health service, on education, on all of them including housing. Now you can build more houses, and that will certainly help. But the homeless people need help, a lot of them need a bit of a helping hand, and I think that if they were given that helping hand, that will solve the problem in a much better way than just sticking them in a hostel.”

Deduction: Rowe illustrates UKIP’s priorities are helping British citizens first. Summarised in “charity begins at home”, their focus is housing the elevating number of homeless people on the streets across the country and to rehabilitate them back into a normal functioning lifestyle.

To register to vote for any of the eligible political parties, all you need is: